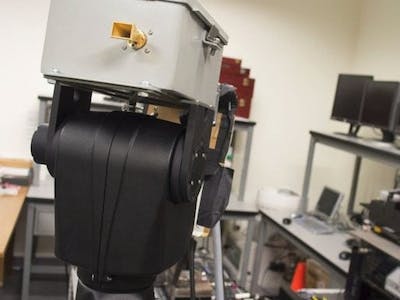 NYU Wireless, of the NYU Tandon School of Engineering, has announced the release of NYUSIM 3.0, a MATLAB-based open source statistical channel simulation package for mmWave and sub-THz wireless systems — and it now features a 3D indoor model, to go with its earlier outdoor model.

“NYUSIM 3.0 brings the channel modeling capability for the indoor office scenario following the mathematical framework of the existing outdoor channel modeling approach in NYUSIM 2.01 and earlier,” NYU Wireless writes of the new release. “Now NYUSIM 3.0 can simulate life-like indoor MIMO [multiple input multiple output] channels for frequencies from 500 MHz to 150 GHz with RF bandwidth of 0-800 MHz. The implemented indoor channel models were mainly derived based on indoor channel measurements conducted in an office building at 28 GHz and 142 GHz.”

Designed for channel simulation in 5G and 6G mmWave networks, NYUSIM is published under a permissive MIT-inspired licence granting free-of-charge use including copy, modification, distribution, and even sale of the software — making it a fantastic basis for adding channel simulation to existing modeling systems, or extending it to cover additional scenarios. Earlier versions of the software have been downloaded over 80,000 times to date.

“The linchpin for successful deployment of mmWave and THz systems for 6G wireless communications will be their performance in indoor scenarios,” NYU Wireless notes. “Therefore, accurate THz channel characterization for indoor environments is essential to realizing the designs of transceivers, air interface, and protocols for 6G and beyond.”

Earlier versions of the software have been downloaded over 80,000 times. (📷: NYU Wireless)

“Driven by ubiquitous usage of mobile devices and the explosive growth and diversification of the Internet of Things (IoT), 6G wireless systems will need to offer unprecedented high data rate and system throughput, which can be achieved in part by deploying systems transmitting and receiving at mmWave and THz frequencies (i.e., 30 GHz – 3 THz). These regions of the electromagnetic spectrum are capable of massive data throughput at near zero latency, key to future data traffic demand created by such wireless applications as augmented/virtual reality (AR/VR) and autonomous driving.”

NYUSIM 3.0 is now available to download from the project website, while a paper detailing the indoor statistical channel model featured in the latest release can be found on arXiv.org under open-access terms.

Thermobots Walk on Water Thanks to Laser Manipulation

Spread the love 8 cores for heterogeneous edge computing Tasks at the embedded edge are getting more and more complex.