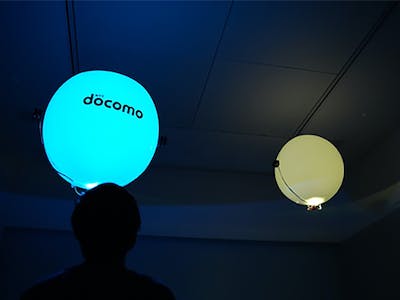 Multicopter drones are usually noisy, energy-intensive, and dangerous due to the attached propellers, posing a risk to humans. On the other hand, balloons can perform similar tasks as drones, including capturing photos and video footage. NTT DOCOMO, a Japanese mobile carrier, recently unveiled a camera-equipped, blimp-like drone that moves around via an ultrasonic propulsion system. The company plans on commercializing the drone by March 2022, though pricing details have not been released yet.

Traditional drones have various speeds, depending on the craft’s size, payload, and propeller size, which can reach speeds as high as 10,000 RPM. However, even if the propellers are made of lightweight plastic, they can still cause damage if they bump into people or objects. Meaning, drones remain a huge risk when they fly indoors to record video footage from different angles during a sports event or concert. Even then, other drones feature complex obstacle avoidance algorithms and sensors to prevent them from crashing.

DOCOMO’s concept involves a blade-free spherical balloon filled with helium to help it stay afloat. It features a high-resolution camera attached to the bottom to capture photos and video footage. Meanwhile, the drone contains sets of ultrasonic transducers on both sides. These two small modules create tiny vibrations that push the balloon up, down, forward, backward, left, or right. Additionally, these drones don’t produce much sound, so it won’t interfere with the audio it records. What’s more, flight times could be extended due to low-power consumption since it doesn’t use any propellers to keep it aloft. However, the company didn’t provide any flight time details.

Along with improved safety features, the drone includes internal LEDs, making it more visually appealing by turning into a light show. It also relies on wireless data networks for automated flight capabilities.

James Judd Adds SPI Ethernet Support to the Raspberry Pi Pico — and Other RP2040 Boards, Too