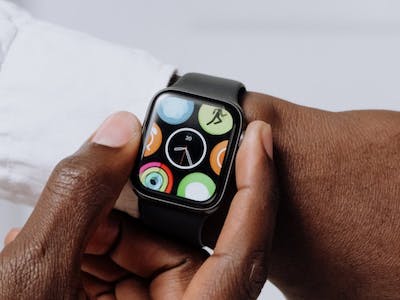 Consumer electronics giant Apple is reportedly in partnership with healthcare companies and universities to expand its use of wearable and smartphone sensor data, looking into ways it could detect everything from depression to cognitive decline.

While best known for either its Mac range of PCs or iPhone smartphone family, Apple’s reaches are broad: The company also offers the Apple Watch, a wearable with health-monitoring capabilities, alongside its HomeKit home automation platform and Siri voice assistant system.

Apple is reportedly looking to extend its healthcare offerings considerably, using Watch data to diagnose a range of conditions. (📷: Apple)

The latest Apple Watch models include blood-oxygen monitoring, heart-rate monitoring, and fall detection — and have already proven their worth in the medical field, having been used in a study on how data from wearables can inform and improve the monitoring and treatment of those with Parkinson’s.

Now, Apple is looking to extend its healthcare efforts. A report in the Wall Street Journal citing “people familiar with the matter” claims the company is working with the University of California at Los Angeles (UCLA), Duke University, and health technology firm Biogen to use its existing capabilities more broadly.

The company already runs health-related research projects, but the reported projects have not yet been publicly released. (📷: Apple)

The paper claims that the company is looking to develop algorithms capable of detecting depression and cognitive decline from data including heart rate, activity, and sleep patterns — all captured from its wearable platform. Another project involves using the cameras in an iPhone to diagnose childhood autism by tracking focus and movement.

Apple, for its part, has yet to confirm the paper’s claims. In its latest mobile operating system release, iOS 15, it added a new Walking Steadiness metric to Apple Health — but stopped short of announcing commercialization of any of the above research efforts.

Tragic Fate Ball Is a Morbid Spin on the Classic Toy