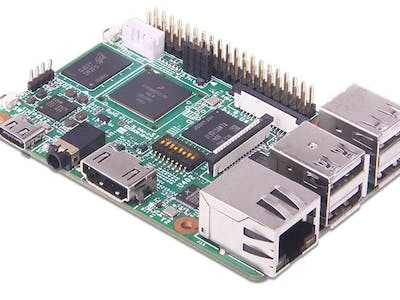 Embedded computing specialist Geniatech has launched a Raspberry Pi-like single-board computer featuring NXP’s i.MX8M system-on-chip: the XPI-iMX8MM, with up to 4GB of RAM.

Brought to our attention by CNX Software, the Geniatech XPI-iMX8MM wears its inspiration on its sleeve: The overall layout is very close to the Raspberry Pi 3 Model B and Model B+, with two two-port USB 2.0 connectors and a gigabit Ethernet port to one side and a full-size HDMI output, headphone jack, and power input to the other — plus the usual 40-pin general-purpose input/output (GPIO) header.

It’s not a slavish copy, though: The HDMI and headphone jacks have been swapped around compared to Raspberry Pi’s original design, and while MIPI CSI and DSI connectors are included they’re also in a different position. The micro-USB power input has been swapped out to USB Type-C, as in the newer Raspberry PI 4, and the microSD slot is on a different side. There’s also a physical power button, alongside a physical reset button, and DIP switches for configuration.

Layout aside, the board is driven by the NXP i.MX8M SoC, which includes four Arm Cortex-A54 cores running at up to 1.8GHz and a single Cortex-M4 core running at 400MHz for real-time workloads. There’s 1-4GB of LPDDR4 RAM and 8-128GB of eMMC storage, plus an connector for an optional Wi-Fi and Bluetooth add-on board.

The board includes a 40-pin GPIO header and DSI and CSI connectors. (📷: Geniatech)

At present, Geniatech has listed only one board variant on its store: A model with 1GB of memory, 8GB of eMMC flash, and a bundled radio module with 2.4GHz Wi-Fi and Bluetooth 4.1.

The board is now available on the Geniatech store at $90, putting it considerably above the price of a Raspberry Pi 4 with similar specifications.

This Robot Bops Its Owner When They Slouch