A few years ago, we noted a BBC Micro:bit clone based on ESP32 WiSoC with Banana Pi ‘s BPI:bit board with an array of 25 RGB LEDs and WiFi & Bluetooth LE connectivity.

There’s now another such clone with Elecrow Mbits designed in a way that resembles the BBC Micro:bit v2 board, but replacing the Nordic Semi nRF52833 2.4GHz/BLE SoC with the ESP32 dual-core wireless chip with support for both WiFi and BLE. 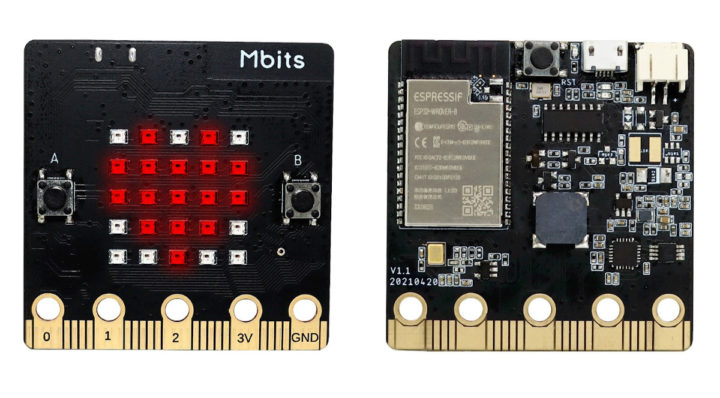 The specifications between Elecrow Mbits and BBC Micro:bit v2 are close enough, although ESP32 is a more powerful processor, and the MBits board comes with more memory and storage.

Power consumption of the BBC Micro:bit v2 should be much better, so if anything needs to run on battery for an extended period of time, it may be a better choice, or you’re gonna need a bigger battery.  The GPIO pinout looks different too, so not all Micro:bit accessories may work on the clone.

Software support from the BBC could be better, although as we’ve seen in our review of Crowbits Master Kit, the Scratch 3.0-based Letscode IDE does the job, and Elecrow usually provides plenty of example codes and projects for their education solutions.

For Mbits in particular, the company has visual programming samples using Letscode for the 3-axis digital accelerometer, button, buzzer, microphone, and RGB Matrix, as well as a few sketches for Arduino, all documented in the Wiki. 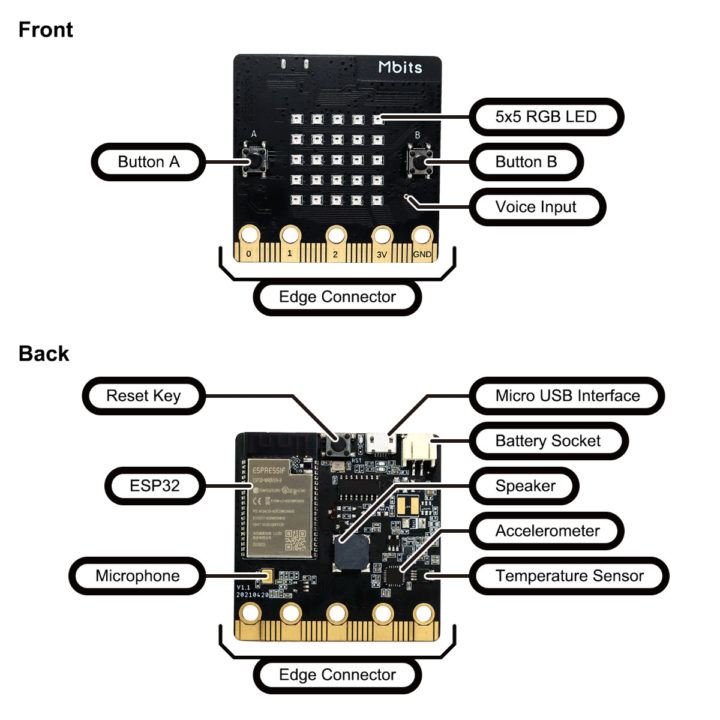 Elecrow sells the Mbits board for $14.90 on their own website.

Thanks to Brian for the tip.